AWAKEN – an online festival of five spectacular concerts recorded in the historic city of York – will open on Sat 27 March with The Gesualdo Six, the award-winning British vocal consort, directed by Owain Park.

In a specially commissioned film, the group take a whistle-stop musical tour of some of the city’s rich tapestry of historic venues including the medieval Merchant Adventurers’ Hall, the NCEM and the Lady Chapel of York Minster.

Our evening celebrations feature the acclaimed English counter-tenor Iestyn Davies who is joined by viol consort Fretwork in a programme entitled ‘The Sky above the Roof’ featuring the music of JC Bach and Vaughan Williams.

On Sunday, the BBC New Generation’s Consone Quartet are joined by cellist Alexander Rolton as they present Schubert’s exquisite Quintet, and the weekend concludes with the fabulous I Fagiolini, directed by Robert Hollingworth, and the English Cornett & Sackbut Ensemble presenting the music of Gabrieli, Grandi and Schutz.

The Awaken Pass, giving access to all 5 concerts, is £40, or tickets to individual concerts £10 each, which includes on-demand viewing until 30th April.  Tickets will be available to purchase up until 23rd April. 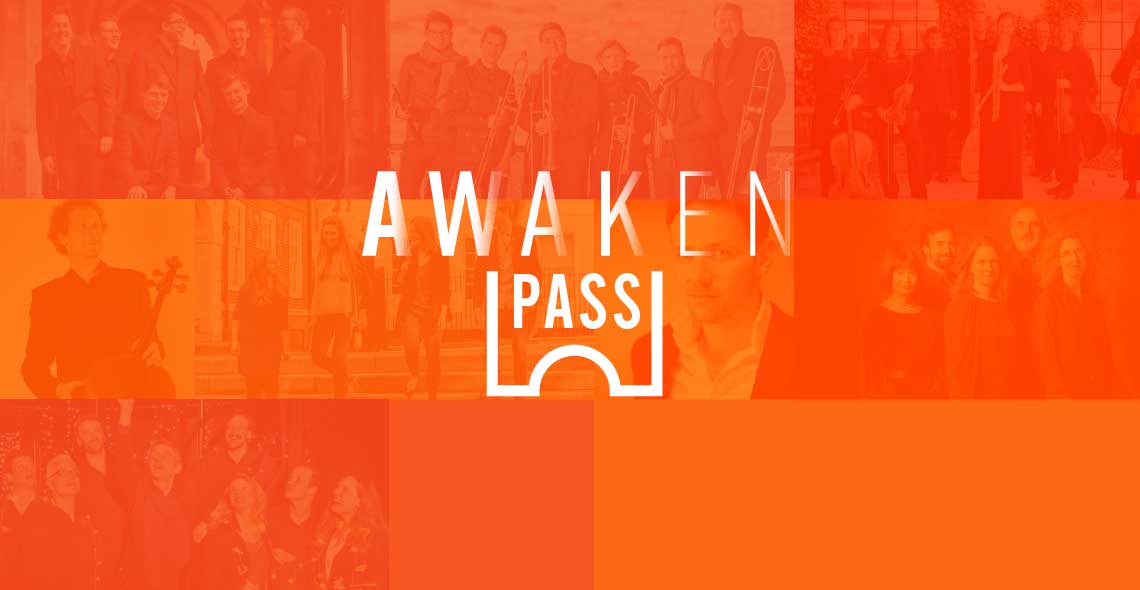